Wherever we are in the world, it’s possible to create our own refuge through the power of imagination and sound. This prospect is ever present in the work of Perera Elsewhere (AKA Sasha Perera), who will be performing with band members Toto Wolf and Oren Gerlitz, streaming from Ableton’s office canteen in Berlin. The show incorporates projected visuals by Hugo Holger Schneider, and is a masterclass in the inventive use of sound, art, light and space.

Perera interweaves the sound of her environment into her work, inviting her physical locations to become part of the story of her music and shape her artistic choices. At the same time, her music summons the sounds of decades of dance music genres, from the dub and soundsystem culture of her native London to the club sounds of her adopted home of Berlin.

As an accomplished performer, Perera Elsewhere demonstrates that any space can be transformed into a playground of potential. The show offers the opportunity to learn about her instrumental technique and the role of improvisation and non-verbal communication between the band members, as well as the creative outcomes made possible through the interplay of music and performance setting. 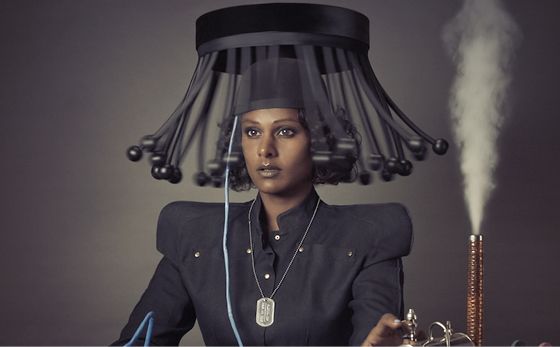 Starting out as a songwriter and vocalist of the project Jahcoozi, which John Peel described as “pop music from the future”, she began DJing in the mid-00s. Perera signed to Los Angeles-based FoF music in 2013, releasing two albums, before going on to compose for high-profile international brands and productions. In 2020, she acted as a mentor for the Amplify Berlin scheme and released a single via US cartoon network Adult Swim.

Perera’s performance draws together several thematic aspects of Loop Create, showing us how to transform a space through sound, image and imagination.