Sound out of Place with KMRU

Music makers have often cited places they’ve been as sources of inspiration. This is certainly true for KMRU – producer, sound artist, and great advocate for listening to our surroundings.

KMRU, known for his use of field recordings in emotive, experimental compositions, spent his formative years in Nairobi, where he says the background noise was constant. Upon moving outside the city in his teens, he found that the stillness of his new hometown drastically changed how he heard the sounds around him. This contrast he perceived, and the resulting shift in his creative output, cemented in him just how deeply our sonic environment can influence us.

But there’s more to an artist’s work than their surroundings – personal history, internal feelings and beliefs can all play a part in the creative process. In this session, KMRU will tell the story of the urban and social world that helped form his ideas and artistic personality, and invites us to discuss with him in an extended Q&A: Is the music we make necessarily informed by where we’re from? Can we find ways to appreciate artists’ influences, without minimizing their experiences or reducing their work to just an example of a culture?

KMRU's participation is possible with support from Paris cultural institution INA GRM, where he is currently artist-in-residence and will be streaming from for Loop Create. 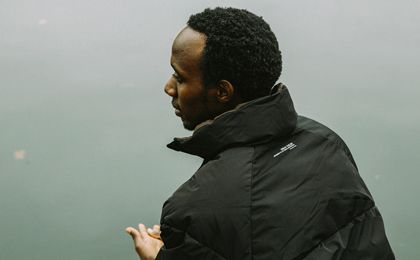 Born in Nairobi and currently based in Berlin, KMRU is a sound artist and producer whose methods include field recording, improvisation, noise, machine learning, radio art and drones. His music has earned praise from NPR, Pitchfork, Resident Advisor, DJ Mag and Bandcamp.

KMRU’s own musical journey, and his reflections on cultural identity and location, challenge preconceptions of how someone’s music should sound based on where they’re from. He’ll share his thoughts on what it means to work beyond stereotypes, and how to achieve this – in KMRU’s experience, by joining an international community of music makers, each of whom can respond to their environment in their own, highly personal way. 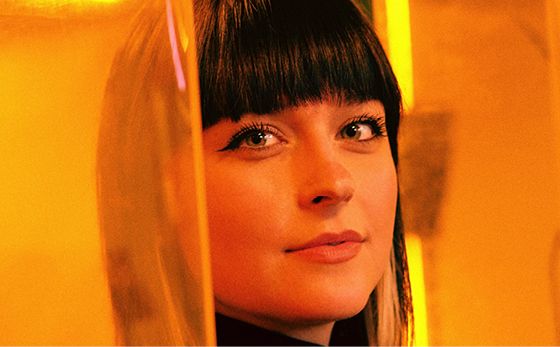 Christa Belle is a multi-instrumentalist, DJ, and music maker. Dedicated to facilitating creative growth in herself and others, she is Ableton’s Artist Relations Manager for the EMEA region.

Christa Belle studied Digital Music Production in Vancouver, before working in sound engineering, venue programming and event organizing. In 2017, she was invited to judge Canada’s Polaris Music Prize. Soon after, she moved to Berlin and found her path at Ableton.

When not investigating the roots of music technologies or teaching herself new instruments, Christa Belle is mostly at home in Berlin, making art with friends. At Loop Create, she’ll moderate the discussion with KMRU, and guide you through the program with her characteristic spark of enthusiasm.